We had a Year of Miracles in 2022 – Check out our page of highlights!

See how God moved and read the full report with incredible photos!

Coming to a city near you!

BE EQUIPPED, EMPOWERED AND LAUNCHED INTO YOUR MINISTRY!

Partner with us
to win millions to Christ! 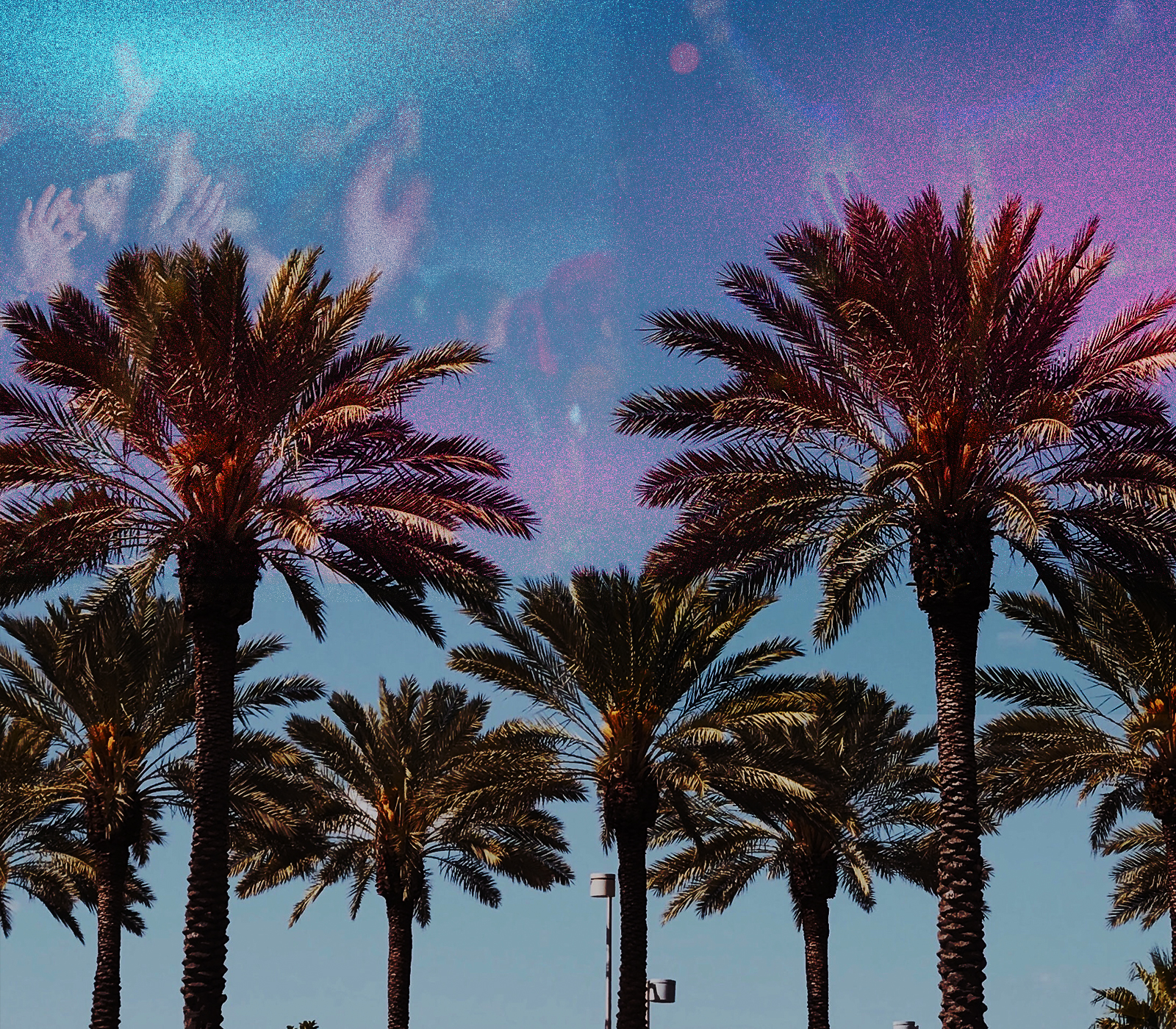 Don’t miss this unique opportunity to visit the Holy Land.

Off the Record with Daniel Kolenda

Something great has come!

Juba-lation": 15 years later CfaN is back in Juba, Sudan! 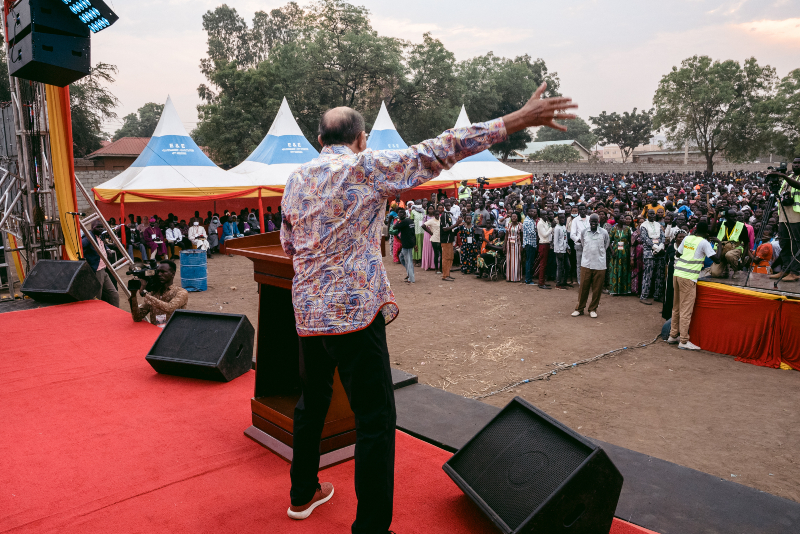 It has been exactly fifteen years since the last CfaN crusade was held in Juba, South Sudan. This took place during the struggle of the South Sudanese people to gain their independence from Sudan which was realized in 2011.

Now in 2021 it is a new day for both Juba and CfaN as a crusade begins again in this now vastly changed city. The citizens of Juba have moved ahead to become a cohesive and stable society after years of conflict and persecution. CfaN too has moved ahead into a new dimension of effective evangelism. This is coming about by the multiplication of evangelists on the harvest field in numbers only dreamed of a decade ago. 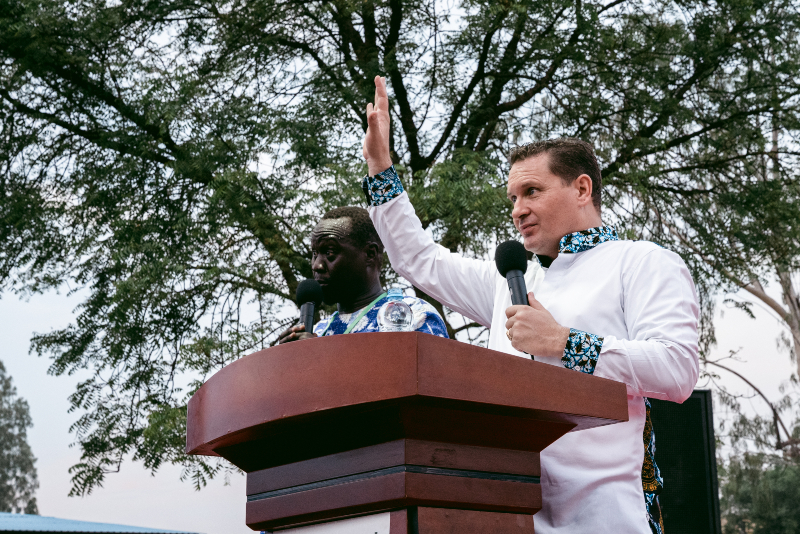 One of those evangelists is Randy Roberts of Radical Walk. He was working hand in hand with CfaN for this crusade, directing the pre-crusade preparations and preaching the gospel powerfully, as well as praying for the sick and seeing people delivered from demon oppression. Already on the first night, many thousands of people received Jesus as their Savior, and the stage was set for a great move of God in the city. 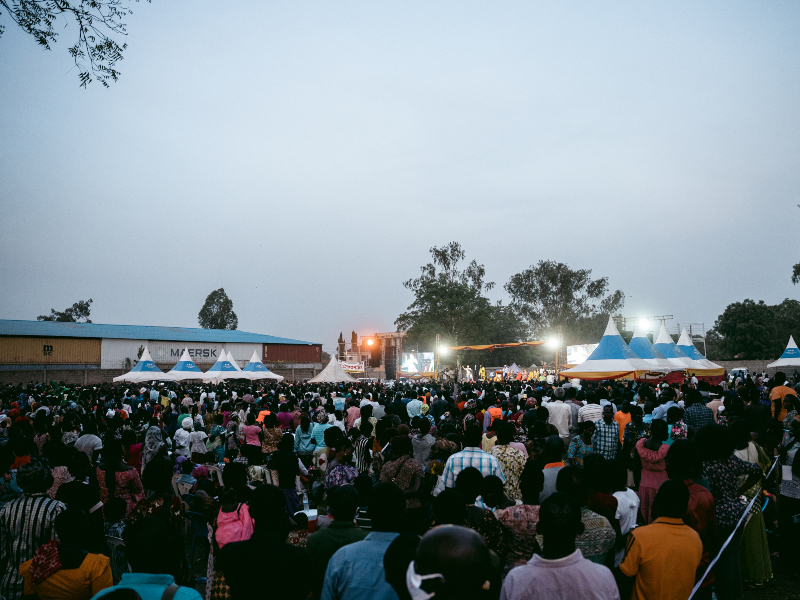 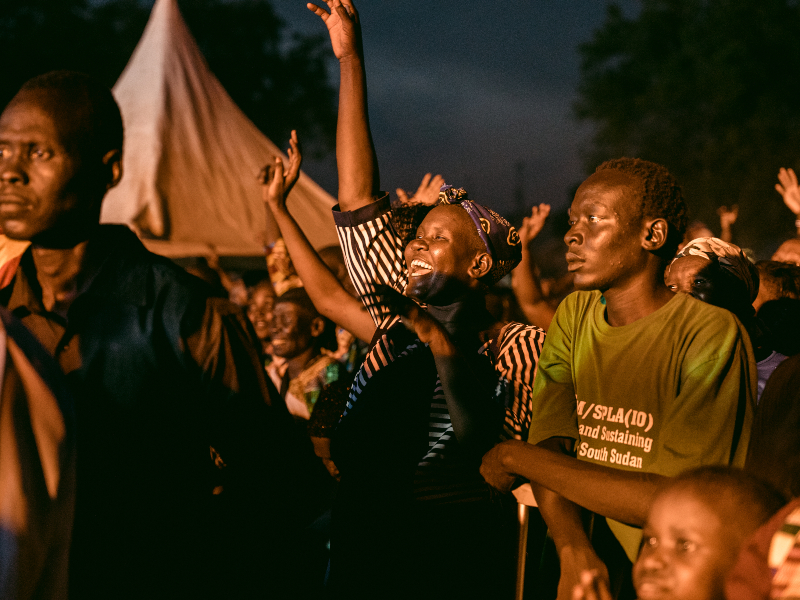 On the second night, Randy Roberts preached on the blood of Jesus and there was a great response as tens of thousands gave their lives to Jesus. In this electric atmosphere, the prayer for healing was given and the crowd instantly erupted with deafening shouts of excitement and joy when a lame man in the crowd was healed. As he pushed his way to the platform holding his crutches high in the air, the reaction of the dancing crowd can only be described as jubilation and holy chaos! 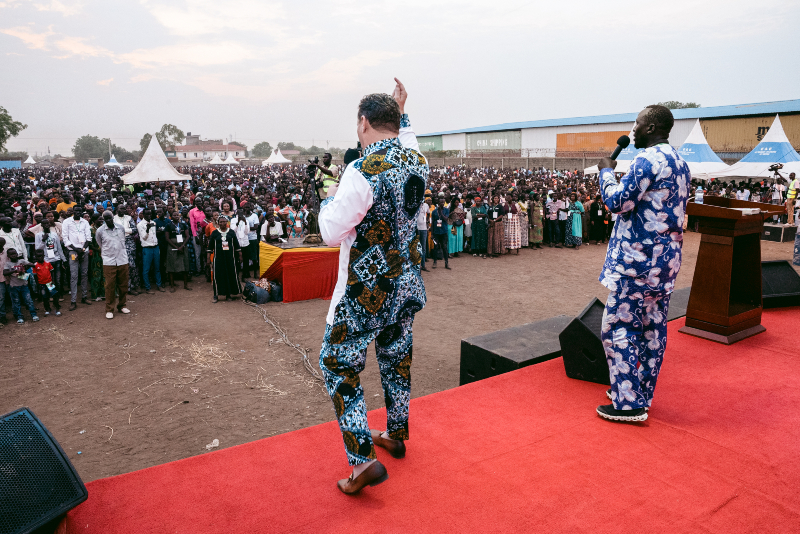 This crusade was a ‘first’ for CfaN as it was our first ‘Partnership Crusade’, done shoulder-to-shoulder with associate evangelist Randy Roberts, who is a CfaN Evangelism Bootcamp graduate. The final meeting was attended by 100,000 people in a city of just 600,000, and by the end of the week 54,200 people had received Jesus as their Savior and been ushered into the participating church follow-up.

Here is Randy’s perspective in his own words…

On night one I admit that it was with some trepidation that I rode to the crusade field for the opening meeting.

You see, my only formal training for ministry was the Christ for all Nations Evangelism Bootcamp that Evangelist Daniel Kolenda birthed in the winter of 2020. Yet here I was on the way to the first night of a crusade that he had entrusted me with in Juba, South Sudan, accompanied by Peter Vandenberg.

I had taken what Bret Sipek had taught me while interning with Operation Decapolis, bits and pieces I had heard from Reverend John Darku and of course all the advice I could get from Peter Vandenberg and put together a crusade here in Juba. I had never done this before, so I was more than curious to see what the field would look like when we arrived.

Would it be empty? Would there only be a few thousand people there?

There was a collective sigh of relief as we pulled onto the field and saw tens of thousands of enthusiastic South Sudanese people that had come to hear the Gospel of Jesus Christ! The multiplication that God had shown Evangelist Bonnke and that Evangelist Kolenda is carrying out through Evangelism Bootcamp was happening right before my eyes.

I preached a message from Romans 10:13 that I had learned from Evangelist Kolenda and that I’m pretty sure originated with Evangelist Bonnke and guess what? It worked!

Thousands of people called on the name of the Lord and received Jesus Christ as their Lord and Savior.

Then I prayed for the sick and when I asked for people to come forward to give their testimonies, I could see the crowd shift. People began flooding to the front. There were way too many testimonies to count, but I will leave you with my favorite. 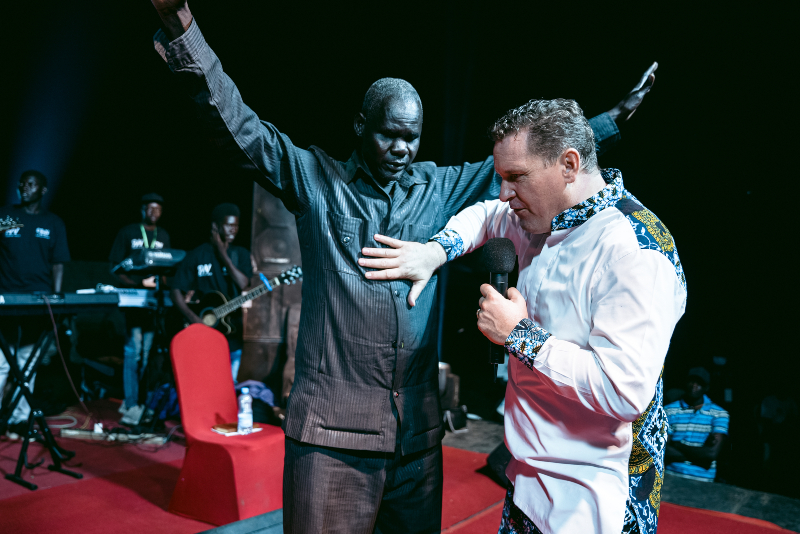 This man is William, and he was completely blind for 7 years. Think about that – living in complete darkness for 7 years and then suddenly you have perfect vision. As I watched him fall on his face to worship his new King for opening his eyes, I thought about how much his life changed in that instant. No more begging, no more having to rely on others.

If you are a partner with CfaN I believe that one day William is going to come up to you in heaven and thank you for sending us wild evangelists to preach the Gospel, which is the power of God, to him.

Thank you to Daniel Kolenda and Peter Vandenberg for trusting God and equipping me to go into all the world to preach the Gospel. 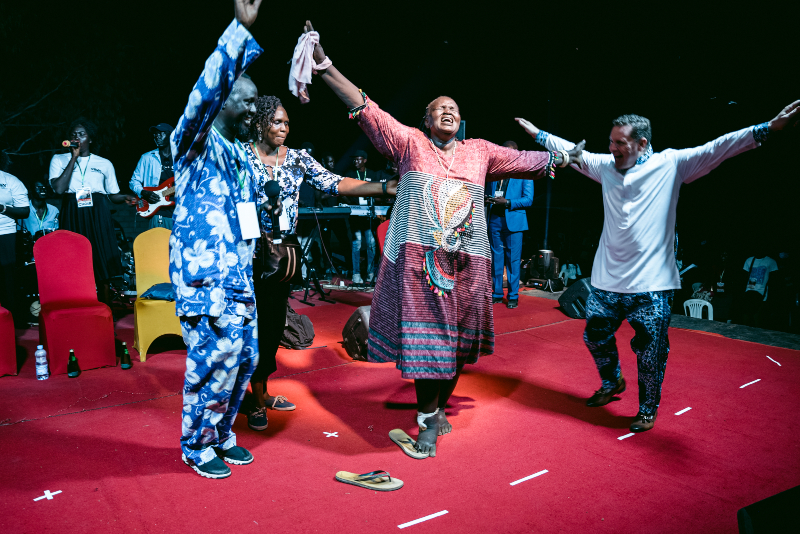 We rejoice together with you!

Back To Latest News