Something great has come!

A Year of Miracles

Off the Record with Daniel Kolenda

Partner with us
to win millions to Christ!

Would you like to switch from Hong Kong to United States?

When I arrived in Abeokuta, Nigeria two days ago we were greeted on the side of the road by a lively crowd made up of local believers, pastors, bishops and other leaders. They were full of joy and anticipation of what God is going to do this week. I was then escorted to the governor’s mansion where I was able to share with the governor (who is a believer) and his entire cabinet. Then I was taken to the king’s palace where I was able to share the Gospel. I told the king that I had come representing another king – not just any king – but the King of Kings and the Lord of Lords. I was able to lead some of the chiefs to the Lord right there in the courtroom of the palace! What an amazing start!

The last two nights of the crusade has been amazing. The crowd more than doubled from one night to the next and many thousands received Jesus. We have also seen powerful miracles:

An elderly man, blind in his left eye for three years was healed!

Several ladies testified that painful lumps in their breasts instantly vanished during prayer! 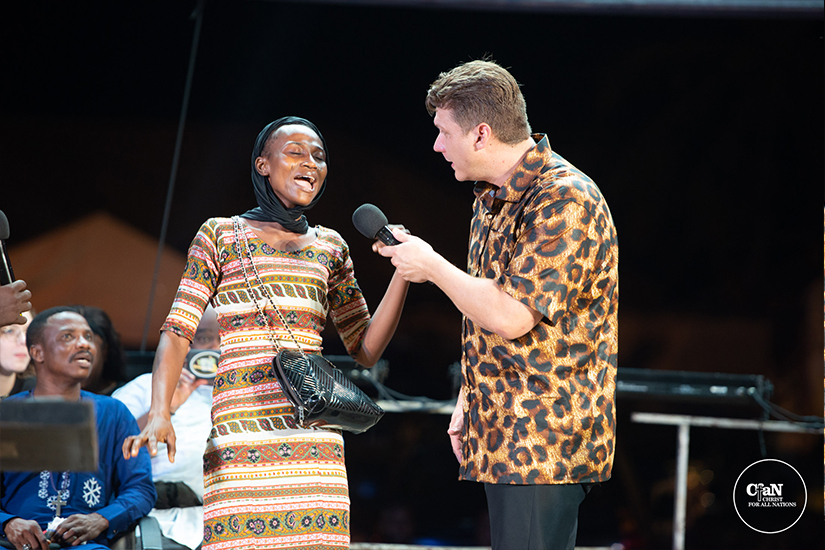 A young man who had lost his voice for the last six years was healed and sang a solo from the platform in acapella, praising and thanking the Lord. The crowd joined in, singing with him. It was a beautiful moment.

Another young man who was deaf in the right ear was healed. 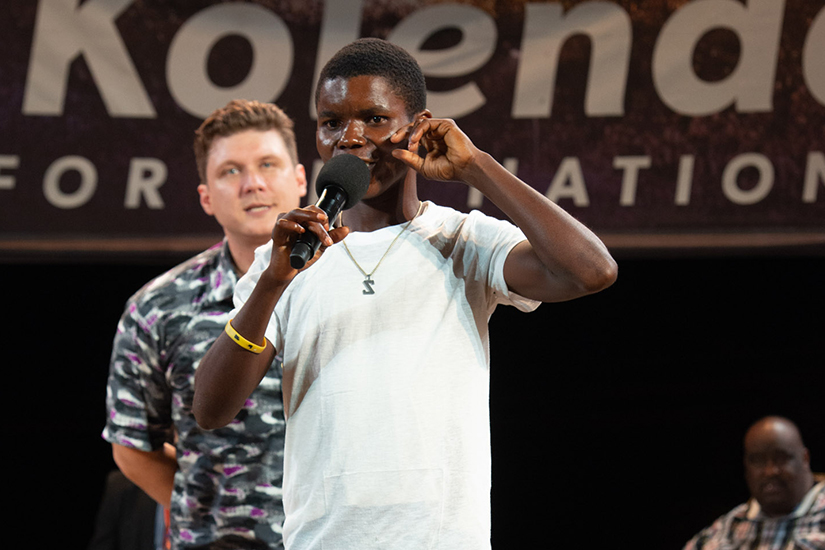 Many testified to being healed of all kinds of pain and paralysis in backs, necks, arms, hands, and other parts of the body.

Last night I had a word of knowledge for someone with a growth on their neck. I sensed that it was painful and affecting the person’s ability to speak. Tonight, a lady came forward and said that for years, she had been suffering with a painful growth on her throat that made it very difficult for her to talk. But last night, as we prayed, the growth vanished and now she is perfectly well. She shouted “Thank you Jesus” with a loud voice! 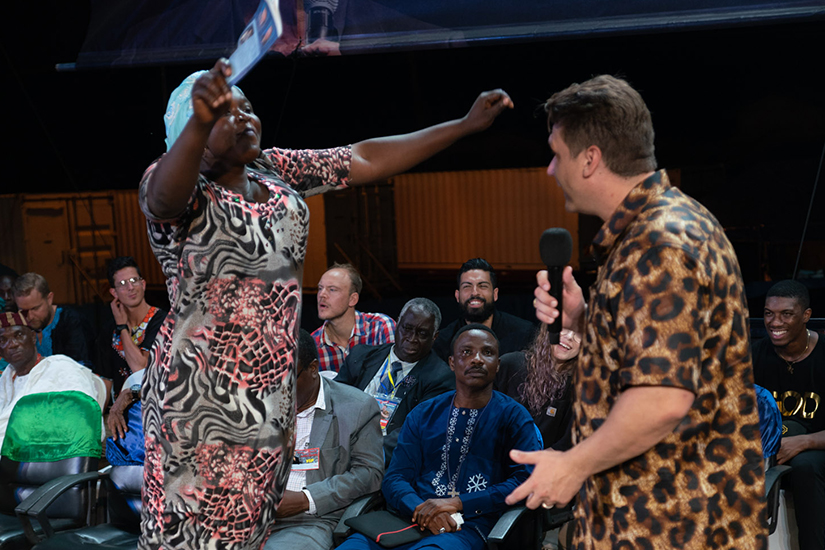 Tomorrow morning Peter Vandenberg and I will minister in the last day of the Fire Conference here. Please pray with us for a mighty outpouring of the Holy Spirit on the thousands of pastors and leaders that will attend.

Yours in the Gospel,

Together with the whole CfaN team

Christ for all Nations returns to Abeokuta, Nigeria for the first time in 17 years.

Abeokuta is the largest city and state capital of Ogun State in southwest Nigeria. It is situated on the east bank of the Ogun River, near a group of rocky outcrops in a wooded savanna. Abeokuta was founded in 1830 after the intertribal wars ravaged refugees in Egba forest from their original homes between 1817 and 1830. The name of the town "ABEOKUTA" was derived from the protection which the fleeing settlers sought under the Olumo Rock, now a tourist center in the town. Abeokuta means 'the refugees under a rock'.

The Egba people are the original founders of the city of Abeokuta, which they share with Owu people (later arrivals). The land was also settled on by missionaries in the 1840s who later became prominent. Up until the 18th Century, the Egba people lived in a cluster of villages around a place known as Orile-Itoko, as a subject territory of the old Oyo Empire, which was one of the strongest empires that ever existed in West Africa.

Abeokuta lies below the Olumo Rock, home to several caves and shrines. The town relies on the Oyan River Dam for its water supply. This city has a tropical climate. When compared with winter, the summers have much more rainfall. The temperature here averages 80.78°F (27.1°C). The temperatures are highest on average in March, at around 84.38°F (29.1°C). At 77.18°F (25.1°C) on average, August is the coldest month of the year.

Modern Abeokuta is an agricultural trade center (rice, yams, cassava, corn, palm oil and kernels, cotton, fruits, vegetables, shea butter, and rubber) and an exporting point for cocoa, palm produce, fruits, and kola nuts. Rice and cotton were introduced by the missionaries in the 1850s, and cotton weaving and dyeing are now traditional crafts of the town.

There are currently not any images available.